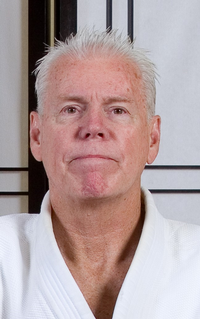 Jim Kelton, Shihan
Dojo Founder
Hachidan 8th degree black belt in Shorin Ryu Karate
Shichidan 7th degree black belt in Danzan Ryu Jujitsu
Sandan 3rd degree black belt in Kodenkan Judo
Nidan 2nd degree black belt in Iai sword drawing
Jim began his martial arts training in 1964 at the age of 11 while living in Tucson, Arizona where he was introduced to the art of Judo. Two years later, Jim expanded his training in the martial arts, studying Danzan Ryu Jujitsu under Dai Shihan Joe Holck, founder of the Kodenkan Yudanshakai and the art of Shorin Ryu Karate under Shihan Barry Holck.  Jim continued training with the Kodenkan Yudanshakai until 1977 when he relocated to California. In California, Jim concentrated his training in Jujitsu under Professor Carl Beaver, co-founder of Jujitsu America. Two years later, with Professor Beaver's encouragement, Jim started his own Dojo. Jim is widely regarded in the martial arts community as a traditionalist. He strives to uphold traditional Japanese Samurai martial arts and Okinawan philosophies. Jim passes the arts down in the purest, most historically accurate manner possible, as his instructors passed down the arts to him. Jim is proud that Lakewood Budo Kai is recognized as one of the longest running martial arts schools in Los Angeles County and celebrated its 40-year anniversary in May 2019. 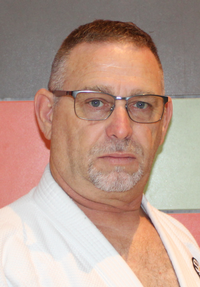 Russell Kelley, Sensei
Head Instructor
Yondan 4th degree black belt in Danzan Ryu Jujitsu
Yondan 4th degree black belt in Shorin Ryu Karate
Russell, a Long Beach native, having a long-time interest in the martial arts and after some persistence, he convinced his parents to allow him to train in the martial arts and in April of 1986 he started training in Danzan Ryu at Lakewood Budo Kai. It began as a family affair where both his brother and sister were also participants, but eventually he was the only one from his family that remained in class. After 6-months and since Lakewood Budo Kai emphasized dual training, he began training in Shorin Ryu Karate also. He has had the honor, early in his martial arts career, to travel to Tucson, AZ for introductory and advanced training classes from both Dai Shihan Joe Holck and Professor Carl Beaver, two very high-ranking individuals under the Kodenkan Yudanshakai and Shoshin Ryu organizational umbrellas. In July of 1990 Russell enlisted and served in the United States Marine Corps as an Avionics Technician reaching the rank of Sergeant. During this time, he would practice at the base gym where they had an open dojo which allowed him to get exposed to and learn from other styles. He somehow also found the time to study Natural Herbal Medicine and Healing, and train in Reiki, where he reached the level of Reiki Master. After serving his time on active duty, he returned to Long Beach, CA and Lakewood Budo Kai, bringing with him the leadership traits and principles he retained from the Marines, along with his strong personal drive, positivity, determination and dedication. He believes that everyone with ambition can learn martial arts and excel in them. 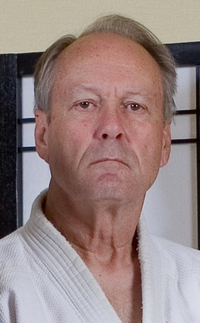 Dr. Jeffrey H Smith, Shihan
Instructor
Rokudan 6th degree black belt Danzan Ryu Jujitsu
Jeff began his martial arts training in Tucson, AZ more than 50 years ago in the 1960's participating in both Danzan Ryu Jujitsu and Kodenkan Judo competition. As an avid outdoorsman, he has traveled the United States hiking and camping, completing the 210-mile John Muir trail on multiple occasions. His numerous facets include: Former Boy Scout Leader, Youth Sports Coach, YMCA group leader and has been trained in youth safety. Some of his hobbies include automotive restoration, classical guitar, artistry/sketching, jogging and woodworking. He has been a member and instructor at Lakewood Budo Kai for 25 years and is also a current Kodenkan Yudanshakai board member. Jeff’s talents and accolades have helped him pursue martial arts to the highest level. When he is teaching or demonstrating, students are always impressed with his commitment to the martial arts program at Lakewood Budo Kai. 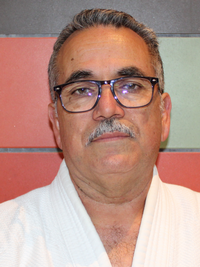 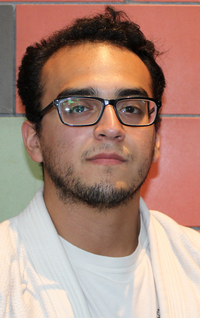 Jason Rendon
Instructor
Shodan 1st degree black belt in Danzan Ryu Jujitsu
Jason’s father was adamant that he learned self-defense, so he had him join the Children’s Self-Defense class at Lakewood Budo Kai in 2010. At the age of 12 Jason had grown so much, and his technique were well above the average student, that he was moved up to the Danzan Ryu Jujitsu class normally for 13y/o and up. With his problem solving and critical thinking skills, learning and understand the technique that goes into each art came easily for Jason. With those qualities and his leadership, patience, and dedication to his training he has learned unique ways, and also offers insights, on how to teach future students. He reached his initial goal in acquiring his black belt, but he still looks forward to learning more and furthering his training. Outside of jujitsu, Jason is in the process of finishing college and majoring in biomedical engineering at University of California Irvine. 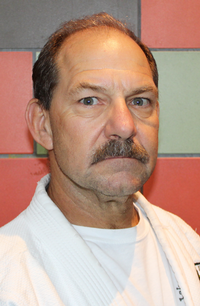