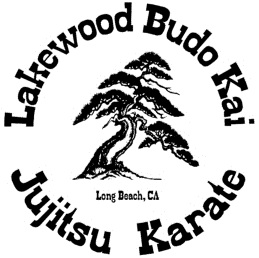 A number of years ago I was practicing the art of Judo and had an older instructor, Sensei Hermann. He had practiced Judo his entire life and was a technical advisor to the head sensei of our dojo. Among other things he had won first place in a “friendly” military Judo competition between members of the U.S. Army and the Army of the Soviet Union in Moscow, Russia. In the final match he dislocated his shoulder. He could have resigned the match but decided to continue with an injured shoulder he could barely move.

He won the match. This says a lot about what an amazing person Sensei Hermann was.

Sensei Hermann would walk around our dojo with a shinai—a bamboo stick about 4 feet long used as a substitute weapon for sword practice. If we were practicing uchi komi and not getting low enough he would sometimes poke us in the hip with it or whack us on the arm if we weren’t pulling enough. He used it mainly as a pointer to teach us where we should move or where to grab. One day he used it to demonstrate something I’ve never forgotten.

Our dojo was large and class included juniors and adults. Sensei Hermann asked for a volunteer and picked a youngster about 10 years old. He attached a dollar bill on the end of his shinai and held it up in the air over the young boy. He challenged the boy to grab the dollar and told him he could have the dollar if he could grab it. The boy jumped and jumped trying to snatch the prize but each time he tried the shinai was just too high over his reach.  Sensei Hermann encouraged him to keep trying. After many attempts the boy stopped, frustrated and embarrassed for a moment he thought about the challenge. Suddenly the boy jumped and grabbed Sensei Hermann’s sleeve near his forearm that held the shinai. Pulling his arm down he brought the dollar bill within reach and grabbed it!

“Sometimes the goal can seem impossible. What is important is to figure out what is achievable. When my young student here realized he could never jump high enough to grab the dollar he began to think about what could he do to get the prize. There were no chairs or stools to stand on so he thought, ‘I can’t get to the dollar, can I bring the dollar closer?’ From there it was easy to grab my arm. The same principle applies to your workouts in the dojo. If you are having difficulty with a technique, try and find another way to work around the problem. It’s not just the act of getting the prize, a successful technique, but more the path you take in the pursuit of the prize.”

When he told the story, I listened to what he said but I also realized something else as an adult that maybe the kids in the class did not. By using a dollar bill as the prize and watching the young boy jumping, I saw that many of us as adults spend a lot of time striving to get the dollar rather than reaching for things of greater importance. Developing a facility for problem solving is a byproduct of martial arts training. Sensei Hermann’s lesson was that developing the skills of how to reach our goals is more important than the goal itself. If the problem-solving skills can be developed, the goals will follow.